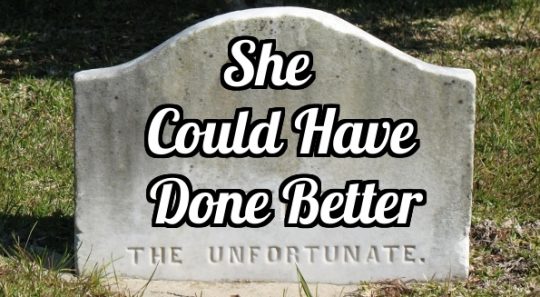 Being a perfectionist looks good to the outside world: people have the impression that you’re working really hard and they think highly of you because it seems you want to deliver quality.

As Celestine Chua says on her blog PersonalExcellence.co:

“On the surface, being a perfectionist appears to be aspirational. Many renowned and accomplished sports athletes, celebrities, singers and professionals in their field are self-professed perfectionists.”

“You push yourself to be the best you can be and unlock potential that is previously untapped, that nobody knew was present.

You achieve goals which people previously thought were not possible.

You seem to have unlimited strength and motivation to move forward and persist regardless of the adversity of the situation.

You have such a sharp eye for details that no mistakes are left unturned.

Your presence ensures that everything will get done the way they should be done, and even better.

You are a source of inspiration for people around you that ideals are possible to achieve.

No one would intuitively see any downsides of perfectionism.”

That sounds good, no? But really that’s only how it may look from the outside. (And it’s not that it always looks like that. Some people have the ability to see through the facade.)

What perfectionism really is

Basically, perfectionism is just plain fear. A fear of making mistakes, as well as:

Perfectionism is a mindset that says we’re not good enough. And that whatever we do will never be good enough.

“The neurotic perfectionist is an extremist, going overboard with idealized visions and letting these visions take over himself/herself.”

“Hinders you from becoming the best you can be”.

Isn’t that exaggerating a bit?

I don’t think so. Chua lists 6 downsides of perfectionism.

For example, one that really struck a chord with me is the first one:

The pareto principle (also called the 80-20 rule) states that roughly 80% of the results come from 20% of the effort you put in. Simply put: it’s not worth your time and effort.

So by going all out on your efforts, you waste your life energy. You’d probably be better off focusing on other tasks.

The other 5 downsides are:

Ever had a time where you put off doing something because you wanted the situation to be perfect? (Like wanting to not finalize your book, project (or whatever it is) because it’s “not good enough” yet.)

By endlessly sweating the small stuff, you drown in a sea of details and thus miss the bigger picture.

As a perfectionistyou have your mind set on one way of working and are not open to other ideas of how things can be done.

You sacrifice your sleep, good eating habits. But probably the most detrimental is the emotional state you’re in all the time: self-depreciation, even guilt that you’re not good enough. Studies have shown that perfectionists are prone to stress, clinical anxiety, depression, and even suicide.

Because of your compulsiveness, rigidity and inflexibilty, you alienate people. They find it harder and harder to connect with you.

So where does this perfectionist mindset come from?

It might be your parents have – knowingly or unknowingly – transferred this mentality to you. Maybe the society you grew up in was very demanding. Or it might be that you’re born with this mindset. Or it could have been a mix of all these.

Society as a whole is derailed (there, I said it). It starts in school where we’re drilled to get good grades, on all subjects. We have to “win” all the time. We have to “accomplish” things. Pressure to perform. Even if you finish second in an athletics event, most people would see that as a “loss”.

Many parents are conspiring with this as well, and have the goal of making their children “useful members of society”. (Whatever that means to them, but usually this includes the vision of their children performing better than ‘average’ when it comes to money and status.)

I see this increasing need to “accomplish” things, to “win” as a big modern day epidemic. As a result the pace of life is speeding up, stress is increasing and there are more and more depressed people and suicides than ever.

Our bodies are suffering

Perfectionism can drain us of our bodily resources with that type A mindset of “DO! DO! DO!” My guess is that it even is the major cause of adrenal fatigue in people.

Have a look at this post by Kerry Belviso where she describes the mindset and actions that bring about adrenal fatigue. She also perfectly portrays the perfectionist!

“This is not saying that you shouldn’t strive for excellence! (We still need literary geniuses and Olympic athletes!) Perfectionism, on the other hand, is often associated with procrastination and a lack of self worth. You often won’t even start a task for worry that it won’t be done perfect.”

This whole “don’t be a perfectionist” idea is NOT meant as an excuse to make mistakes. Do what you can to make something the best you can. I mean, I certainly went over this post again and got all the typos out of it. (Well, I hope I got them all.)

But the point is: it is ok to make mistakes