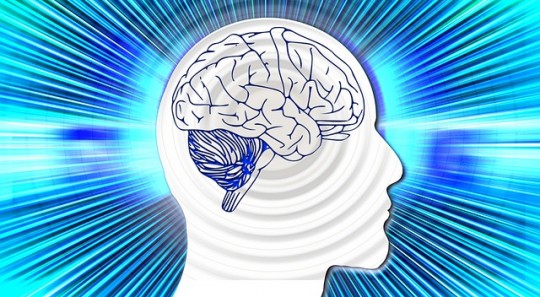 How efficient are binaural beats really?

It is uncertain that a lot of “entrainment” in the brain is being produced when you listen to binaural beats. The scientific research shows little evidence. Some studies find effects, other do not.

And even if there is a actual physical effect on the brain, it’ll probably be small.

Dave Siever of MindAlive recognizes this. He says that this is because of the fact that there’s only a 2-to-1 difference between “loud and quiet”.

(While monaural beats and isochronic tones have a loud/quiet difference of 100,000-to-1.)

But the fact is: in many people’s experience, including mine, they produce results. They do “work”.

So where does the effectiveness of binaural beats come from?

The creator of the Gnaural software (open source software with which you can create binaural beats) has a view on this matter which feels true to me:

“I embrace the fact that binaural beats require a conscious effort to get their effect.”

“my experience is that low frequency brainwave entrainment works as a blanket effect, to create a focused mental state similar to hypnosis, in which heightended suggestibility causes the individual’s expecations to strongly influence their experience. “

(From the flow of the article, I’m assuming that when he’s talking about “low frequency brainwave entrainment “, he’s pointing to binaural beats.)

So in his perspective, they create a blanket effect which blocks out other stimuli, which in turn helps us to focus better. And then, in that focused space you can apply your “intent” to achieve whatever it is you want to achieve (relaxation, meditation, OBE’s…).

(Instead of “intent” you could also call it “expectation”, or “belief” or “suggestibility”.)

After all, “intent” is a strong force

To prove this, we can remind ourselves that when doctors give placebo treatments to their patients, it can have a significant (and statistically reliable) effect.

In fact, the American Medical Association (AMA) acknowledges this, and provides guidelines for the use of placebo’s with patients.

Placebo’s can positively impact people for whom conventional treatment has failed or is not available.

Video about pain reduction (and the associated brain activity) through placebo:

“Placebo response lies in the brain. Beliefs of a patient can have ahuge impact”

Placebo as the working power in binaural beats?

It’s not as bad as it sounds.

The Gnaural creator (I don’t know his name) continues:

“But rather than take a dim view of this, I consider it a positive: binaural beats are a powerful tool for implementing suggestion and facilitating the exploration of mental states.”

“The power of placebo alone to effect cures not achievable through medical means is enough to suggest that intent, expectation, belief, and suggestibility are among the mind’s most powerful features.

And as a means of tapping in to that power, I’ve found binaural beats to be an effective tool.

And in that philosophy, I believe that the most important ingredient of a binaural beat session is intent.

For example, given one solid entrainment schedule, one can choose to embark on an exploration of anything from meditation to “OBE’s”, or help solve problems ranging from addiction to insomnia.

The crucial ingredient is intent.”

Words that I can stand behind fully.

Read the rest of his article here.

Binaural beats work. But there are two forces at play:

And while the actual entrainment of the brain is probably small, it looks like the “intent” of the listener is the biggest power at work.

On the other hand, monaural beats and isochronic tones do induce a significant “frequency following response” in the brain. So use either of those for maximum efficiency. But even there, your intent is still key.

What do you think?