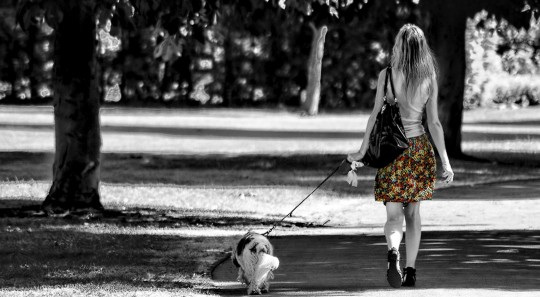 The idea is not new. Many people have the feeling that in green spaces, such as parks or plazas filled with trees, we have calmer minds and that, afterwards, we leave the park with improved concentration.

But even though we all “know” this, it’s hard to “prove” it. Not that most people need proof, but urban planners and architects seem to do, as green spaces are often considered to be of lesser importance (be it in whole cities or in individual buildings).

So a little proof of this doesn’t hurt: a new study from Scotland shows that “brain fatigue” can be eased by simply walking a half-mile through a park.

That is good news for people working in cities. Usually there is a park nearby.

How is brain fatigue alleviated?

“Green spaces help alleviate brain fatigue because they are “calming” and require “less of our so-called directed mental attention than busy, urban streets do.” Natural settings “invoke ‘soft fascination,’ a beguiling term for quiet contemplation, during which directed attention is barely called upon and the brain can reset those overstretched resources.”

From the article at asla.org:

“Dr. Michael Posner and Dr. Marc Berman have explored the cognitive benefits of nature along with its restorative effects.”

“Reynolds writes that it has been proven that people who live near trees and park has lower levels of cortisol, a stress hormone, in their saliva.”

“Scientists have brought volunteers into a lab, attached electrodes to their heads and shown them photographs of natural or urban scenes, and found that the brain wave readouts show that the volunteers are more calm and meditative when they view the natural scenes.”

“Dr. William Sullivan, a professor of landscape architecture at the University of Illinois, Urbana-Champaign, has spoken eloquently about all this research and his own in the housing projects of Chicago, which also shows that the presence of trees boost social ties and reduces crime (this must certainly be a result of the cognitive and mood benefits of nature).”

Great for children with ADD

“Finally, research is proving that children benefit, too. “Children with attention deficits tend to concentrate and perform better on cognitive tests after walking through parks or arboretums.” (This is great news considering The New York Times recently reported that up to 11 percent of children have ADD).”

Is this really a revelation?

After all, we were created in a garden:) Being in nature is where our spirit finds rest and is able to connect to our Higher Self/God/Great Spirit…

That is… if we let it. (Which means: if we allow our thinking mind to quieten down – for example by practising mindfulness.)

See full article at asla.org and at NYTimes.com